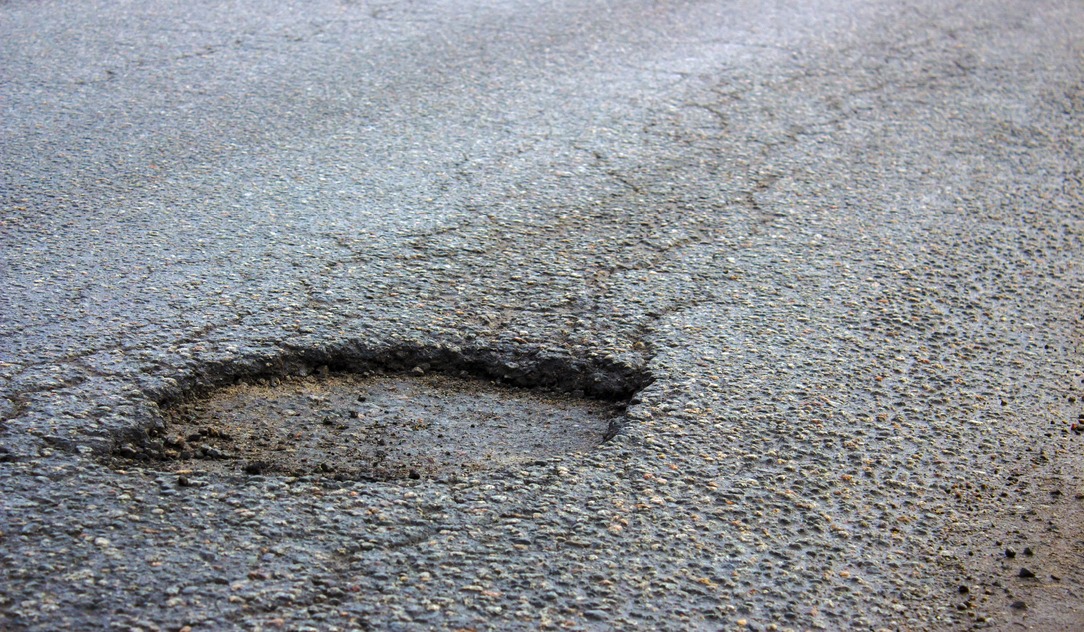 Road Repair Work to Fix Potholes Across England and Wales

Posted on 2nd March 2020
Areas of Fintshire, in Wales, are expecting weeks of traffic disruption as a long stretch of a major road, the A55 between Warren and Ewloe, is set to close for several weeks. The closures are to take place mainly at night and over weekends, but will still cause major disruption as traffic is filtered along less direct, narrower routes.
The work is, however, entirely necessary and comprises extensive “resurfacing work” to fix potholes which are reaching such a level as to be dangerous to traffic. This is an example of the work that local and national authorities are duty bound to carry out to ensure roads, pavements and other areas where the public might travel are safe and fit for purpose.
It is not uncommon to hear of motorists making a claim for damage to their vehicle due to potholes, as well as people claiming for injury suffered either as the occupant of a vehicle injured when hitting a pothole or a pedestrian tripping over one.
Whoever is responsible for the maintenance of these roads and paths, has a duty to carry out regular inspections and to assess any defects (potholes etc) which might cause a danger to individuals using that area (see our previous blog on potholes here…..). There are different thresholds in different type of area, with a road, where cars would be the primary user needing to have a larger defect than, say, a pavement where pedestrians would be walking.
There is a degree of common sense involved in such measurements and the regularity of inspection requirements. A busy town centre high street would need to be inspected several times each year, whilst a barely used back street may only need inspecting once every six months or even annually.
Should you sustain an injury as a result of a trip over a pothole or any other defect, or if you have sustained injury or loss as a result of a pothole or other defect, you may well be entitled to make a claim for personal injury arising from the incident. MG Legal, your local accident claim solicitors often pursue this type of claim and in response, the authority with responsibility for the area in question would, if they wish to Defend the claim, usually raise a Defence under Section 58 of the Highways Act 1980. This is a specific Defence in relation to this type of claim and in effect, it will state that the authority believes their inspections are regular enough and have identified any defects in good time.
Simply because someone sustains an injury as a result of a defect, does not automatically entitle them to compensation. It must be demonstrated that the authority has not inspected regularly enough or has not identified a clear defect in good time for the claim to be successful. It is a fact of life that pavements and roads degrade and need repair, so should a defect develop in a short space of time, it may not be negligent that it has not been repaired as, the law dictates, a breach of duty only occurs if the defect has not been identified by regular inspections.
Should you have been involved in any type of incident which has caused you to sustain an injury, MG Legal, your local accident claim solicitors in Garstang, will be happy to help. We regularly successfully pursue various local and national authorities for damages on behalf of individuals who have been injured as a result of their failure to maintain the various roadways, footpaths and other rights of way that people may use.
MG Legal, your local accident injury solicitor, always look to accept instructions on a Conditional Fee Agreement (no win, no fee agreement) basis to ensure that you have the access to representation needed for this type of claim. We are happy to hear from you by phone, email, web-contact form or in person at our offices in Lancaster, Longridge and Garstang. If you have suffered personal injury, please contact MG Legal, your local accident claim solicitors, to get your claim started today.
MG Legal - Your Local Solicitors
Tagged as: Accident Injury Solicitors, Solicitors in Garstang, Your Local Solicitors
Share this post: