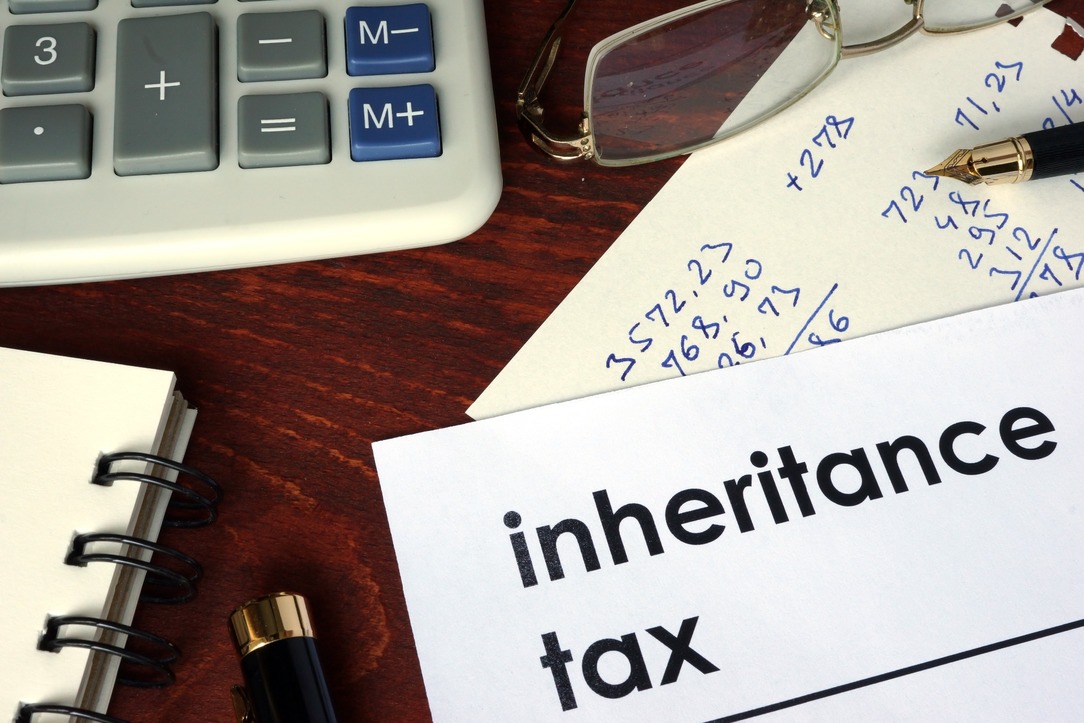 When Is Inheritance Tax And When It Is Payable?

Posted on 15th July 2020
Inheritance Tax is a tax payable on someone’s Estate after they have died. A person’s Estate is made up of any property, land, money and possessions that they own when they die.
In this article, our Probate Solicitors in Preston answer some common Inheritance Tax questions and provide some insight into how Inheritance Tax works. However, this advice is not specific to every person’s circumstances and therefore, if you need advice on what Inheritance Tax will be payable on your Estate, or what Inheritance Tax may be payable if your loved one has died, we would suggest that you always seek expert legal advice.
The information in this article is meant for information purposes only and should be used as a guide. For expert legal advice about Inheritance Tax, contact our specialist Wills, Trusts, Tax and Probate Solicitors online, here, or email wills@mglegal.co.uk for a response within one working hour.
Call us on 01524 581 306 (Lancaster), 01995 602 129 (Garstang) or 01772 783 314 (Longridge)
Email us to wills@mglegal.co.uk
Pop into your local office
If an Estate is under £325,000, or everything that the deceased owned had been left to their spouse/civil partner or to charity, there will, usually, be no Inheritance Tax payable. However, with most Estates, the Executors or Administrators will still be required to report the death and Estate to HM Revenue and Customs by completing the Inheritance Tax forms.
If your Estate is worth £500,000 and you are passing it onto your children (including adopted children, foster children or stepchildren) or to grandchildren, again, your Estate may not be liable for any Inheritance Tax.
When a person dies leaving their Estate to a spouse or civil partner, and the value is less than the nil rate band threshold (£325,000), on the death of the surviving spouse, their personal representatives will usually be able to transfer any unused nil rate band.

Take Mr and Mrs A, as an example. Mr A dies, leaving an Estate (his share of the jointly owned property, and assets in his sole name) worth £200,000. Mr A’s nil rate band is worth £325,000. This leaves an unused nil rate band of £125,000, which can be transferred to Mrs A’s estate when she dies. This would make Mrs A’s available inheritance tax free amount £450,000.
In addition, Mrs A could be entitled to a residence nil rate band (when you leave your property to direct descendants, which you can read about from our Probate Solicitors in Preston, below).
When a person dies, if their spouse’s unused bands can be taken into account, their threshold could be as much as £1,000,000.

How much is Inheritance Tax?

As of July 2020, the current rate of Inheritance Tax is 40%. This rate would only be charged on the amount of your Estate that is over the threshold.

Mr and Mrs B’s Estate is worth £2,000,000. Mrs B dies, leaving her whole Estate to Mr B. There is no Inheritance Tax payable on Mrs B’s death. When Mr B dies, he has available nil rate bands of £900,000, leaving a taxable amount of £1,100,000. Therefore, Mr B’s Personal Representatives (either his Executors named under his Will or his administrators under the rules of intestacy) would need to pay inheritance tax of 40% on this amount.
However, it’s important to note that if a person’s Will leaves 10% or more of the ‘net value’ of their Estate to charity, the Estate could be liable for a reduced Inheritance amount of 36%.

Other forms of reliefs and exemptions

If a person makes gifts during their lifetime, these could be taxable after you have died. It will depend on when the gift was made, but ‘taper relief’ can be available, meaning that you will pay less Inheritance Tax the longer ago that the gift was made.
If the deceased person owned a business, they could be entitled to business relief on some assets. For example, some assets can be passed on free of Inheritance Tax or with a reduced amount payable.
When your loved one has died holding Agricultural or business assets, you should seek legal advice from our specialist Probate Solicitors in Preston or Lancaster to find out what relief the Estate could be entitled to.

Who pays the Inheritance Tax?

Quite often, beneficiaries will see themselves as being liable to pay the Inheritance Tax on their loved one’s Estate, as the money is paid out of the Estate before they receive their Inheritance. However, Inheritance Tax is payable out of the Estate prior to distribution, so the beneficiaries are not paying it themselves.
Normally, beneficiaries will not pay tax themselves on the things they have inherited. However, if you use the assets that you have inherited for specific things, such as renting out a property that you have inherited, you may be liable to pay tax on the income from this.
Our Probate Solicitors in Preston would also point out that if you are in receipt of certain benefits or financial assistance, you may no longer be entitled to receive these; you should notify the organisation in charge of your financial assistance to find out what you need to do.
In some cases, people that you give gifts to may be liable for Inheritance Tax if you have given away more than £325,000 within the 7 years prior to your death.
The Executors or Administrators of the Estate will be responsible for dealing with physical payment of Inheritance Tax from the Estate funds.

When is Inheritance Tax payable?

Inheritance Tax, or at least a certain amount of it, will usually need to be paid before the Grant of Probate or Letters of Administration can be issued.
HM Revenue and Customs offers payment in instalments for certain assets, over 10 years and payable in annual instalments. Once you have made the initial payment, HMRC will usually write to you confirming the instalments, when they are due and the references that you need to use when making payment.

Passing on your home

If you pass your home to your civil partner or spouse, there will be no Inheritance Tax to pay. If you leave your home to another person, say your friend or partner who you are not married to, this will count towards the value of your taxable Estate.
A residence nil rate band is available if you leave your home, or your share in it, to your direct descendants, such as your children (adopted, foster children and stepchildren are included) or grandchildren, and your Estate is worth less than £2,000,000. Currently, this will gift you an additional Inheritance Tax free amount of £175,000, however this amount normally increases annually in line with the Consumer Prices Index. You can read more about the residence nil rate band on gov.uk, here.
Quite often, our Probate Solicitors in Preston, who also specialise in drafting Wills, are asked whether you can transfer a property during your lifetime, and, if this transaction is completed, whether this would affect the Inheritance Tax payable.
Normally there will not be any Inheritance Tax to pay if you transfer your property to someone else, and move out of the same, providing that you live for at least 7 years after the transaction has been completed.
If your intention is to continue living in the property after you have given it away, to prevent this from being counted towards Inheritance Tax, you will need to pay rent to the new owner at the market rate (i.e. a similar amount to what rental value other similar, local properties would achieve), pay all or your share of the properties’ bills, and live there for at least 7 years.
When you transfer only part of your property, or if the new owners are going to be living at the property too, you do not need to pay any rent.
You can read more about passing on your home on gov.uk, here.

Making Gifts during your lifetime

People can make normal Christmas or birthday gifts of money during their lifetime, out of their normal income, and these gifts will be exempt from Inheritance Tax. These are known as ‘exempted gifts’.
There would also be no Inheritance Tax payable on gifts between civil partners or spouses. You can gift them as much money as you want during your lifetime, providing that they live in the UK, permanently.
In cases of other gifts, these could be subject to Inheritance Tax.
As our Probate Solicitors in Preston have explained above, people that you give gifts to could be charged Inheritance Tax if you give away more than £325,000 in the 7 years prior to your death.

What is a gift for Inheritance Tax purposes?

A gift could be anything that has a value, such as money, a property or personal possessions, for example, jewellery. A gift could also be a loss in value when something is transferred. For example, if you sell your house to your children at an undervalue - so for less than it’s worth - the difference in the value is a ‘gift’. You can read about the pros and cons of transferring your property to children at an undervalue, here.

What are Exempted Gifts?

Every tax year, a person can give away £3,000 worth of gifts without them being included in the value of the Estate. This is an annual exemption. The annual exemption can be carried forward to the next year, if it is unused, but only for a maximum of one year.
There are also a few other types of gifts that you can make during one tax year, including:-
- A gift for a Wedding or Civil Ceremony of up to £1,000 per person, unless the gift is to a grandchild or great-grandchild, in which case it is £2,500, or £5,000 for a child.
- Payments to help towards another person’s living costs, such as an older relative or a child under 18.
- A gift to a charity.
- A gift to a political party.
These gifts can be to the same person; for example, you could give money to your grandchild for their birthday, Christmas and their wedding all in the same year.
In addition, you are allowed to make gifts of up to £250 per person as many times as you want during the tax year, as long as you have not used that person for another exemption (such as a wedding).

What is the seven year rule for Inheritance Tax?

A common misconception that our Probate Solicitors in Preston hear a lot is that there is a seven year rule for care home fees and gifts made. Unfortunately, this is not the case. The seven year rule actually applies to Inheritance Tax. It states that, if there is Inheritance Tax to pay, any gifts that you made during the 3 years before you die, that are not exempt, are subject to tax of 40%, like the normal Inheritance Tax rate.
Gifts that are made in the 3 to 7 years before you die are taxed using the taper relief scale:
3 to 4 years - 32%
4 to 5 years - 24%
5 to 6 years - 16%
6 to 7 years - 8%
7 or more years - exempt so 0%

An Example of a Full Estate

Mrs X died on 1st January 2020. She was not married or in a civil partnership, however she had one child.
Her Estate was worth £800,000. She left her Estate to her child, Ms Y, save for a 10% gift to charity of the residue.
The first £325,000 of the Estate is exempt from Inheritance Tax, with Mrs X’s nil rate band.
The next £175,000 of the Estate is exempt from Inheritance Tax on the basis that Mrs X left her main residence to her daughter.
In this case, the remaining £300,000 is subject to a reduced rate of Inheritance Tax or 36%, due to Mrs X’s gift of 10% to charity.
Ms Y, as the Personal Representative, would need to arrange to make payment of the Inheritance Tax of £108,054 from the Estate.

An Example of an Estate with gifts