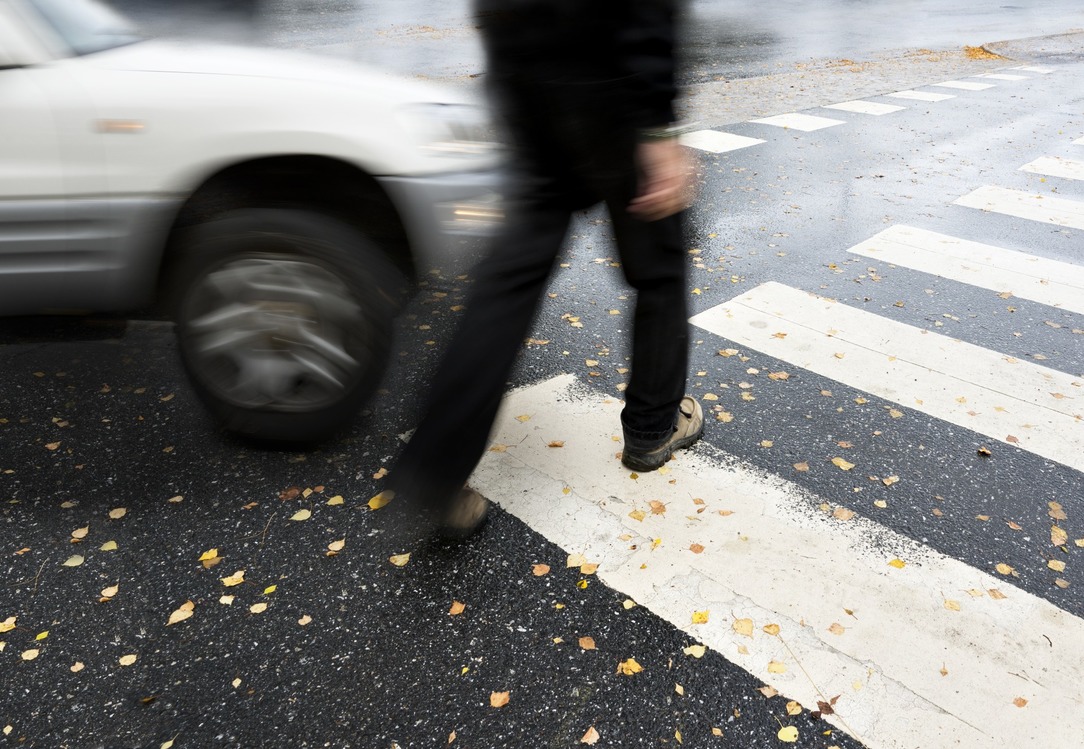 Thousands of pounds compensation for Pedestrian Injured on a Zebra Crossing

Posted on 28th February 2020
When our team of Personal Injury solicitors in Longridge were approached by Mrs A in relation to her injury compensation claim, we were, quite frankly, shocked at what injuries she has suffered.
Mrs A has been walking across a Zebra crossing in Fulwood, Preston. The Zebra crossing is located between a busy parade of shops, and the Hospital. When she started crossing, the car to her right had paused (as it was legally obliged to do), and the car on her left was quite far off her.
The car carried on, and our client saw the driver looking elsewhere, with no signs of slowing down. Mrs A panicked, realising the car hadn’t seen her and wasn’t slowing down at all, and jumped to try and get out of the way. Unfortunately, the car till managed to hit her, catching her legs directly at her knees.
Mrs A described the event to our team, explaining that she was thrown a little way into the air, before coming straight back down onto the pavement below.
She was then rushed into the A&E department which, fortunately, was only around 200m away, where she was seen by the Doctors. She had suffered bad cuts and bruising to her knees, damage to her personal possessions, and she was fairly shaken up by the whole event.
The driver had, initially, made to drive off. However, once he seemed to realise that Mrs A was actually injured, he pulled over a little down the road and came to check whether she was okay.
Unfortunately, Mrs A had to take time off work to recover from her injuries, as well as attending various medical appointments and having therapy for her psychological injuries.
As soon as Mrs A contacted us, our team of Personal Injury solicitors in Longridge contacted the driver’s insurer and informed them of the injuries our client had suffered.

After being offered a measly £2,000.00 to cover Mrs A’s injuries, as well as the items she had to replace due to the incident, our team managed to get Mrs A a fantastic £7,000.00.
Mrs A was thrilled with the outcome of her case, and left us glowing feedback:
“MG Legal’s personal injury team were amazing; Mark and Phil in particular made me feel comfortable throughout the process and were excellent at explaining any ‘legal jargon’ used by the other side to me. They fought for me at every turn, and made sure that I received the maximum amount of compensation possible for my injuries. MG Legal arranged expert medical appointments and treatment for my psychological injuries, which left me able to live a normal life following the traumatic experience. I couldn’t recommend them enough to anyone, and I have told more than a few of my friends how good their services are!”
If you’ve been injured in an accident that wasn’t your fault, whether it was at work, in a road traffic accident or in a slip, trip or fall, contact our expert team today. We don’t just cover the Longridge area: our expert personal injury solicitors also cover Garstang, Lancaster, and injuries all across England and Wales.
We can be contacted at your local office, or email injury@mglegal.co.uk.
MG Legal – Your Local Solicitors
Tagged as: Best Personal Injury Solicitors, Garstang, Lancaster, Longridge, Your Local Solicitors
Share this post: