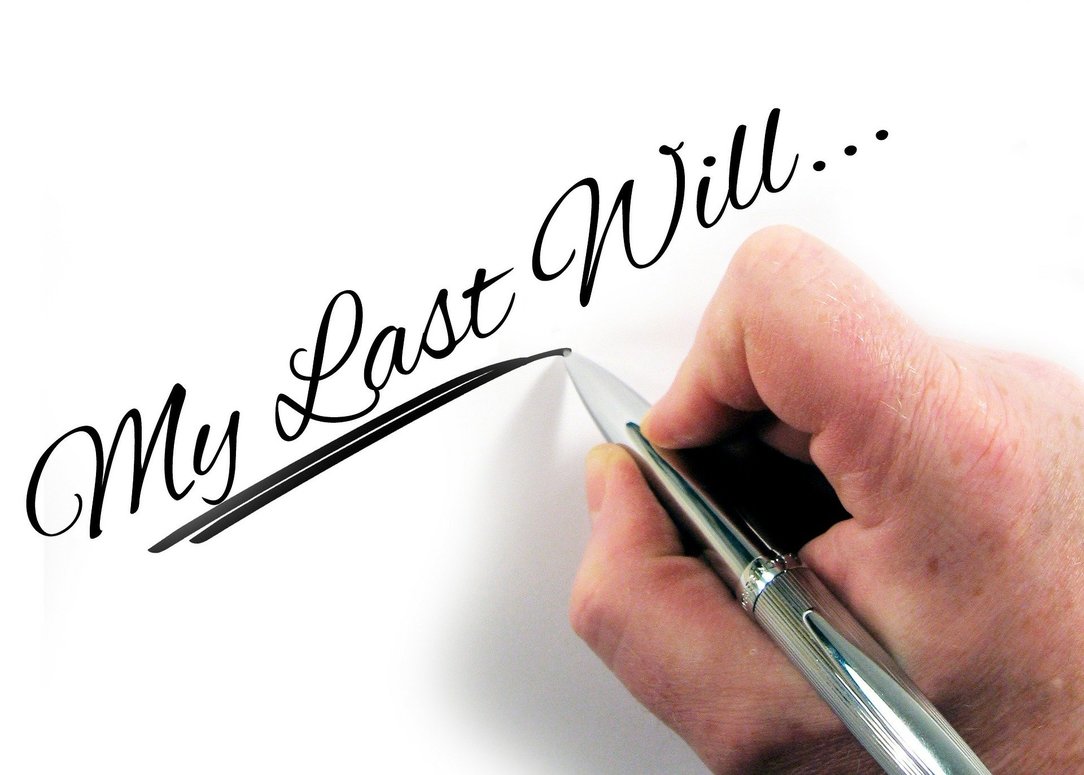 Our Local Solicitors for Wills Discuss Registering your Will

Posted on 20th May 2021
Free Will Registration Month is underway, so our solicitors for Wills near to you are here to explain why it’s important and how we register our client’s Wills.
As a firm, we at MG Legal subscribe to Certainty, the National Will Register, meaning that we pay a monthly fee to register all of our client’s Wills (unless they ask us not to, which you can read about, below), so that our clients don’t have to pay a penny. Read more about Will registration and why this is so beneficial, below. 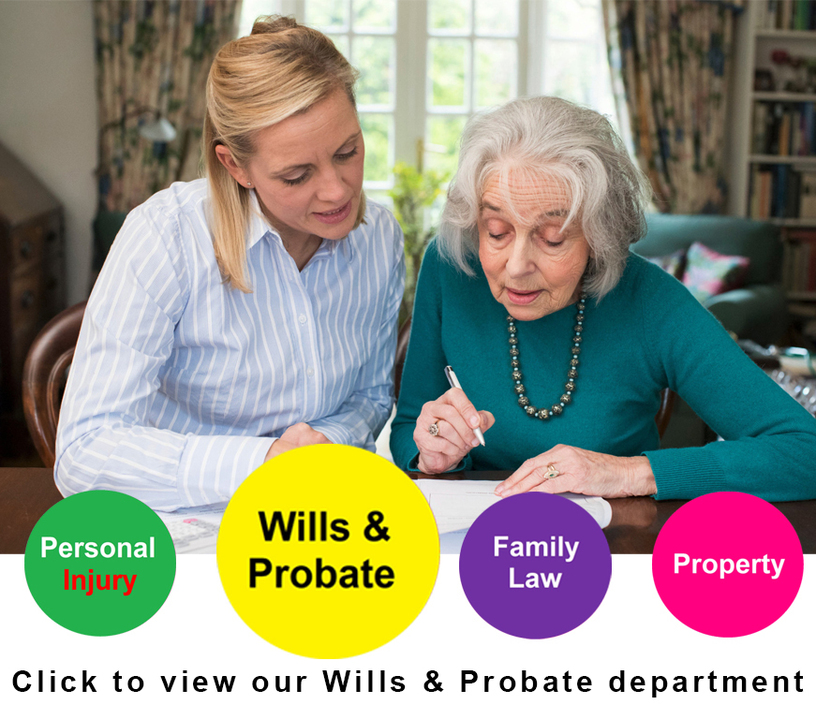 What is Certainty, the National Will Register?

Certainty is the National Will Register which we at MG Legal, local solicitors near you, subscribe to. When the Testator (the person making a Will) has signed the final document, it can be registered on a National Will database, such as Certainty. This means that a record of a Will having been made by you, will be stored by Certainty, so that if your loved ones, a solicitor, or the Court, are confirming whether a Will has been made after you have died (or if you have lost capacity), they can easily find this.

How much does Certainty Will Registration usually cost?

If you choose to register your Will yourself, Certainty will charge £30 including VAT. You can find out about registering your Will on Certainty’s website, here: https://www.nationalwillregister.co.uk/willregister/willregister.aspx
However, if you register your Will after making one with our team of expert solicitors here at MG Legal, registering your professionally drafted Will costs you nothing; our team swallows the costs of the subscription to Certainty to make sure that all of our clients are able to access the service whether or not they feel they want to spend money on it.

What happens if I do not register my Will?

Sadly, our team is aware of all too many cases from the news where a person has made a Will, which their family or friends were not aware of. This either means that their families distribute their estate in accordance with the rules of intestacy, or they distribute it in accordance with an old Will, which the testator went to the trouble of changing.
Under the rules of intestacy, a person’s estate only passes to family, meaning that no friends, family who are not entitled (such as step-children, or more distant relatives) or charities benefit from the deceased’s estate.
For example, Mr Smith leaves £1,000 legacies to three different charities who were close to his heart, with the remainder of his estate to pass to his life-long friend, Mr Jones. He has chosen not to leave anything to his children, as he has been estranged from them for most of their lives. After his death, Mr Jones is not aware that his friend made a Will. The Will didn’t show up on a Will Search as it was not registered, and as it was a homemade Will, no local solicitors have been able to provide details of having acted for Mr Smith. Under the Rules of Intestacy, despite the fact that Mr Smith had no contact with his children, they are due to inherit his whole estate. The charities and his friend, Mr Jones, are not aware of Mr Smith’s wishes and therefore these are never carried out.
In another example, Mrs Jordan makes a Will leaving gifts of £10,000 to 5 of her friends, with the rest of her estate to pass to her children. Years later, Mrs Jordan no longer speaks to these 5 friends and decides to change her Will. In addition, her estate has decreased in value (as she decided to spend the money on a few holidays a year) so she wants to simply leave everything to her children. When Mrs Jordan dies, her estate is distributed in accordance with her first Will, as her second Will was not registered and there is, therefore, no record of her having made it. As her estate is only worth £60,000, each of Mrs Jordan’s 5 former friends receives £10,000, and her children only receive £10,000 between them. Again, Mrs Jordan’s wishes were not carried out as her Will was not known about.
Both of these scenarios could have been avoided had Mr Smith and Mrs Jordan registered their Wills with Certainty.

When would my Will be released?

An original Will can usually only be released at the request of the Testator (the person who made the Will), after their death by request of all of their named executors, or by request of the Court under a Court Order.
One common example of when our expert team of local solicitors for Wills are asked to obtain a Will is when we have been instructed by a client to make changes to their existing Will. We would usually request their previous Wills from their previous solicitors for Wills so that we are able to ensure that their old Wills are not accidentally released as their Last Will and Testament following their death.

Can anyone find out whether I have a Will before I die?

What information do Certainty ask for?

When registering a Will with Certainty, they request the following information:
1. Full name of the Testator (the person making the Will)
2. The address
3. Previous names (if applicable)
4. Date that the Will was made
You can also include information about the executors, who witnessed the Will, the date of birth of the Testator, and their contact details. This information doesn’t necessarily have to be included when registering the Will.

What is free Will Registration month?

Certainty are currently promoting their free Will registration month. From 4th May until 4th June, law firms can register their clients’ Wills made before May 2021 for free. This includes their entire existing Will bank.
This will not affect our Will clients, as at MG Legal we offer this service at no extra charge. If any of our previous Will clients want us to register their Wills which were made before we offered this free service, we will do this at no extra charge.

Should I register my Will with Certainty?

We would always recommend registering your Will with Certainty, the National Will Register, to ensure that if required, after your death, it can be found.
We ask clients to let us know if they do not wish for their Will to be registered when we send out our initial paperwork and most of them decide that they do want to take advantage of the free additional service that we provide. However, for those that don’t, we simply do not register their Will after it’s archived or sent out to them.

Can MG Legal, solicitors near me, help me make and register my Will?

Of course. At MG Legal, ‘Solicitors near me’, we are able to assist you with making a Will or amending your previous Will. Our fixed fees for Wills start at just £140 plus VAT, and – as standard – all Wills are registered with Certainty. We also offer the storage of Wills drafted by us at no additional cost. Find out more about Will storage, here.

How can I get in contact with MG Legal, Solicitors near me?

Our team can be contacted at your local office- Lancaster, Garstang or Longridge. You can also submit an enquiry online, here, and a member of the team will get in contact with you to discuss your matter.
Alternatively, email wills@mglegal.co.uk for a timely response to your enquiry.
MG Legal’s expert local solicitors for Wills are available Monday to Friday, 9am to 5pm, using the methods above. Alternatively, for out of hours enquiries, email enquiries@mglegal.co.uk and our expert member of the Wills department, Hope, will be back in touch to discuss your enquiry.
MG Legal - Your Local Solicitors
Share this post: