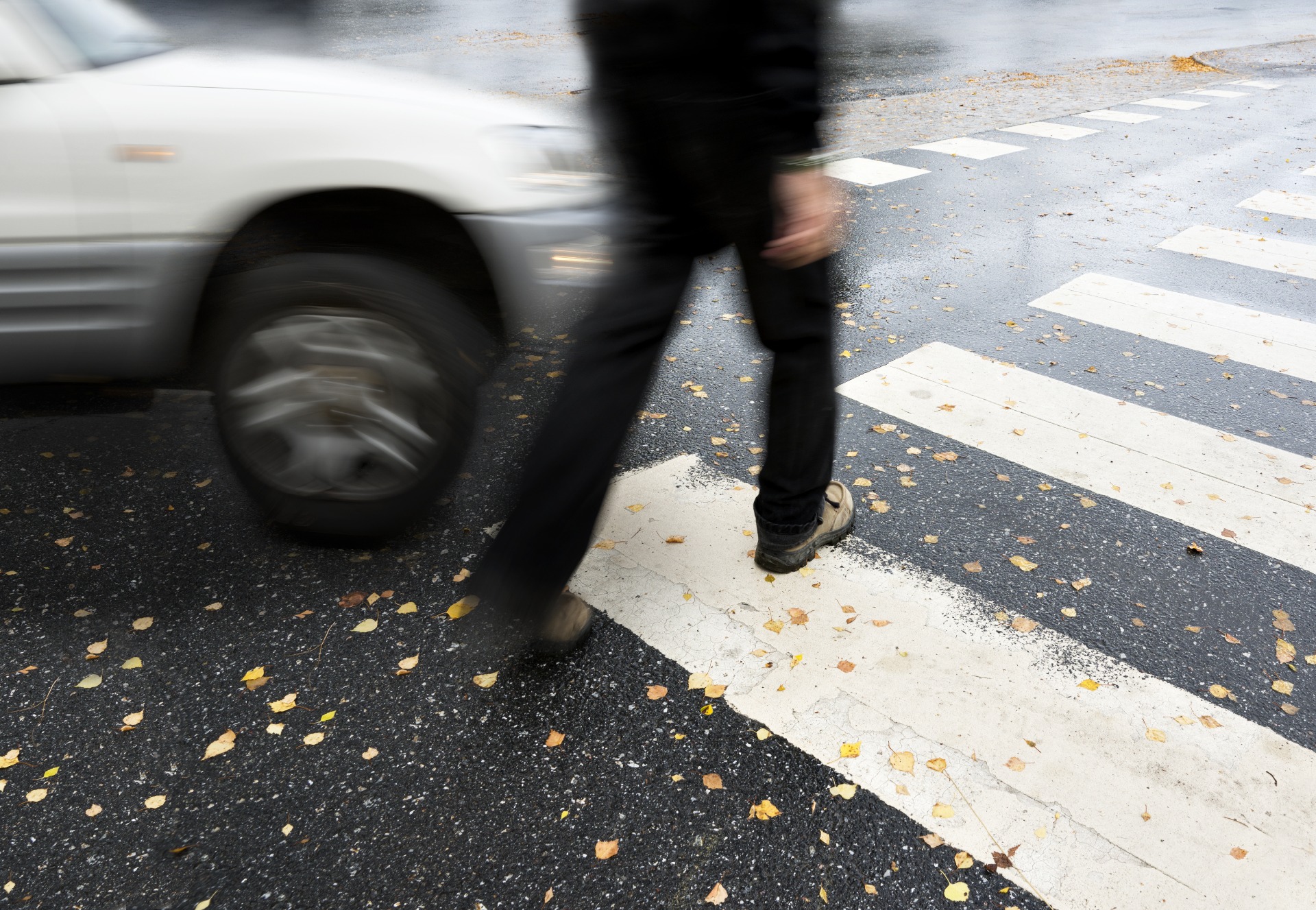 Posted on 27th May 2021
In this post, our expert personal injury solicitors weigh in on the new whiplash reforms, and what they mean for vulnerable road users.
As of May 31, new legal reforms affecting Road Traffic Accidents will come into place, limiting the amount that car occupants will be able to obtain in personal injury legal cases. They will apply to claims below £5000, however, these new rules will not apply to Vulnerable Road Users, meaning that these people will essentially be eligible for much more money in compensation for the same degree of injury.
This is an important aspect of the new legislation, and it is hoped that it will lead to a reduction in accidents whereby Vulnerable Road Users are seriously injured as a result.

What are Vulnerable Road Users?

The term vulnerable road user is used mainly to describe those unprotected by an outside shield, as they sustain a greater risk of injury in any collision with a vehicle and are therefore highly in need of protection against such collisions. Here at MG Legal, local solicitors near me, we have experience in cases involving a wide variety of VRU’s. Pedestrians, cyclists, motorcyclists, children under the age of 18, and horse riders, are among the most vulnerable of all road users.
Whilst it may appear somewhat odd to list children as vulnerable on our roads, child fatalities are mainly pedestrians (18 fatalities in 2019), and pedal cyclists (10 fatalities in 2019). Children are considered to be vulnerable road users, due to the fact that they are easily distracted and may dash into the road, misjudging the speed and intentions of drivers.
We cannot, however, forget the risk to our older generation of pedestrians. Where those under the age of 18 are most at risk due to inexperience on our pathways and roads, it is the declining capability of the elderly, along with physical vulnerability, that makes pedestrians at the other end of the spectrum particularly vulnerable to sustaining serious personal injury in a road traffic accident. Those using wheelchairs, including a powered wheelchair or mobility scooter are also classed as vulnerable road users. Older people have a higher fatality once injured because of their frailty, and as pedestrians are more vulnerable as road users because they may be more severely injured.

Why does the law separate vulnerable road users, from, say, anyone else involved in a road traffic accident?

Well, the answer to this is quite simple: statistically, when a vulnerable road user is party to a road traffic accident, with other road users, such as cars, vulnerable road users, such as pedestrians, cyclists, wheelchair users, and those on horse back, will suffer more severe personal injuries, because their level of personal protection compared to persons in a vehicle is very low, if not non-existent.
Not only do horse riders, pedestrians and cyclists lack the protection of an enclosed vehicle, they also do not benefit from any twenty first century safety features, such as airbags, seatbelts, head restraints and a padded vehicle interior to protect them from any serious head injury. As a result, the proportion of vulnerable road users that suffer what personal injury solicitors call catastrophic injuries- this meaning injuries with long-term life- altering consequences such as brain injuries, head injuries, spinal injury, amputations of legs or arms, and permanent disability or loss of function, is well above that of those in a car at the time of the traffic accident. Unfortunately, the more less protection we have, when involved in a road traffic accident, is intrinsically linked to the
nature of the injuries that we sustain.
The World Health Organisation World report on road traffic injury prevention defines a road traffic injury as: “fatal or non-fatal injuries incurred as a result of a road traffic crash. A road traffic crash is defined as a collision or incident that may or may not lead to injury, occurring on a public road and involving at least one moving vehicle” (Peden et al., 2004). Such is the personal injury rate of vulnerable road users, that the World Health Organisation have carried out studies in order to stop the number of personal injuries and fatalities sustained to cyclists, motorcyclists, and pedestrians, wheelchair users, and even skateboarders. Their research has found that the proportion of vulnerable road users dying from road traffic injuries varies by age (UNECE 2007). When all ages are taken together, then 47% of the road traffic accident victims that die are car occupants, and 48% are vulnerable road users with pedestrians constituting 32% of the deaths, motorized two-wheelers 11% and cyclists 5% of deaths. In 2004, within the EU25 (25 countries of the European Union before April 2007), there were 43 000 deaths from RTIs; it is estimated that 38% or 16 000 of these deaths concerned vulnerable road users comprising motorized two wheelers (14%), pedestrians (18%), and cyclists (6%) (Körmer 2007).

How many people are classed as Vulnerable Road Users in the UK?

Injuries sustained by vulnerable road users are obviously a worldwide problem. In the UK, The
Department for Transport research has found that There were 1,752 reported road deaths in 2019, with the pattern for those injured on a bicycle is notable: the overall casualty rate of 4,891 casualties per billion miles cycled is close to the motorcycling casualty rate, whereas the fatality rate of 29.0 per billion miles cycled is much closer to the pedestrian rate. Over time there has been a decrease in the risk of all modes, however, vulnerable road users are still the most at risk.

Why are VRU’s receiving special treatment in the eyes of the law?

What we must remember is that no report is blaming car drivers or those in any other vehicle, for causing road traffic accidents involving vulnerable road users, or indeed, pointing the finger at, for example, cyclists. The Department for Transport has found that vulnerable road users, such as cyclists may ride some distance from the curb to avoid drains and potholes, and cannot move
off as quickly in stationary traffic; as a result of this, there were 100 pedal cyclist fatalities on the roads in 2019.
Meanwhile, motorcyclists are also plagued by the uneven surface of the road and are sometimes travelling at faster speeds than anticipated. In a crash between a car and a cyclist, the survival rate of a cyclist increases dramatically when the car’s collision speed decreases. Accidents involving a motorcycle account for 19% of total road accident casualties.
Pedestrian fatalities, due to injuries sustained in road traffic accidents on our pathways and roads, are increasing, with figures rising from 456 in 2018 to 470 in 2019. Pedestrians represented 14% of all casualties in 2019, a proportion that has increased very slightly in each of the last five years. In total, 336 motorcyclists were killed during 2019.
Bearing in mind the above, the reasons are clear why the law differentiates vulnerable road users, from any other type of road users. Our personal injury solicitors welcome the fact that the new ‘whiplash reforms’ that apply to any personal injury claims occurring after 31st May 2021, does not apply to any personal injury sustained in a road traffic accident to if they are a pedestrian, horse order, wheelchair users, on a pushbike, using a motorbike, skateboard, or skates, and so forth.

How can MG Legal help me with my Road Traffic Accident Claim?

Whether you are a cyclist, horse rider, motorcyclist, pedestrian, or a car occupant, our expert personal injury solicitors near you are here to help. VRU's are in a unique posiiton whereby they themselves have no insurance company through which to make a claim, this is where our leading solicitors come in.
Unlike many insurance-based Solicitors, who work on what the legal industry refers to as a “conveyor belt”, at MG Legal you will know the name of the specialist personal injury Solicitor in charge of your claim, and you will speak to only one or two people, who are actively involved in your claim. Through this way of working, we can get to know you, understand your version of events, your injuries, the impact on your life, and the expectations you have for the claim.
This way, our advice is tailored to you and your claim alone and you won’t get any generic responses or half-hearted representation. Because of this, you can rest assured that we will review your claim and your settlement in-depth, ensuring that when we tell you the offer on the table is the best one, it truly is the best offer you could receive.

How can I contact MG Legal regarding my personal injury claim?