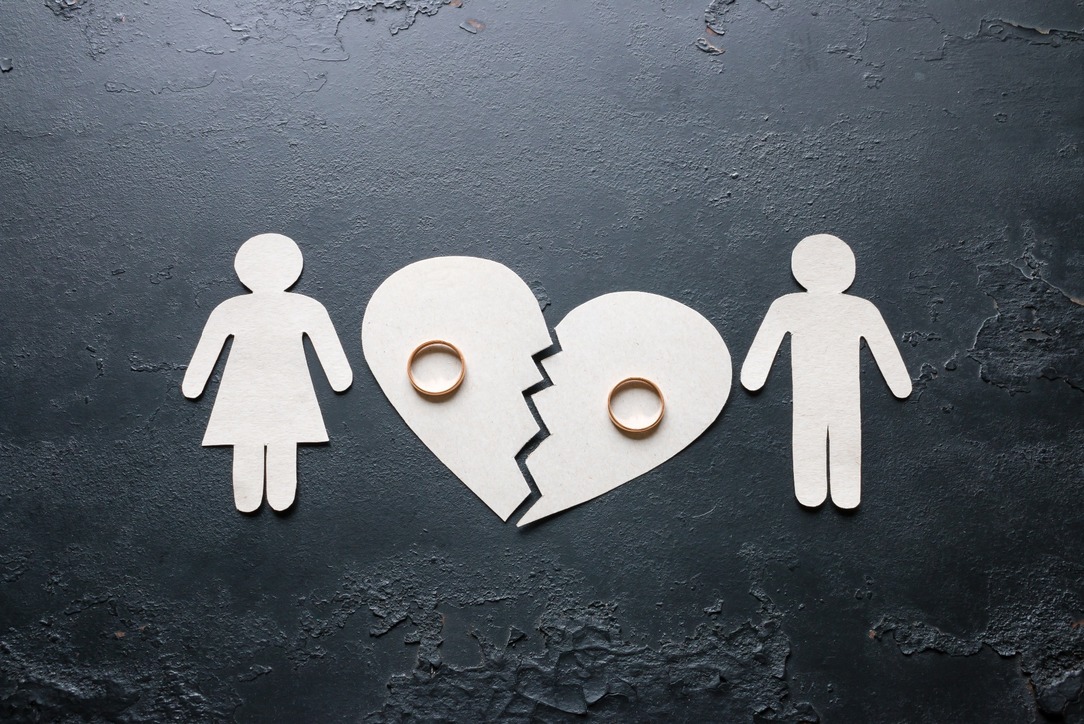 How Are Assets Split During A Divorce?

Posted on 6th April 2020
It’s the scenario nobody thinks about on their wedding day, however, it is a fact that more than 40% of Marriages do end in Divorce. Whether amicable splits after long-term Marriages or rapid breakdowns of what seemed ideal a year before, there is always some element of mathematics in the Divorce process.
MG Legal, your Family Solicitor in Garstang, are specialists in the Divorce process and we aim to help you secure the fairest settlement from your Divorce, as swiftly and painlessly as possible.

Marriage is a legally binding contract

Whilst often hidden by the ceremony, celebration and often religious aspects of the Marriage, it is first and foremost a legally binding contract. How you choose to celebrate that contract is personal choice, however, there is little doubt when those 40% come to Divorce, it is very much less celebration and very much legal.

Whether stay-at-home parent or high-flying stockbroker, when dealing with a Divorce settlement all of the assets which you collectively own or bring to the table are put into a single place, known as the “Matrimonial Pot” from which the parties then receive an apportionment.

Many people believe that if you bring the most to the table financially you will receive the most out of the “Pot”, or the other extreme that if you hire the best Solicitor, you can “stick it to the ex” and take everything. Each of these is, however, a misconception as other factors are considered, such as who might have given up a career to look after children and who carries out certain other duties.
It is often supposed that after the Divorce, what happens thereafter is unrelated, but this is also not true. The future of the family is also considered, particularly if there are children under the age of 18 in the family and what their needs might be. So, if the youngest child might be, say, only three or four and likely to stay primarily with the mother, the father might have to relinquish the marital home, contribute a larger sum to the settlement and also potentially more going forward. Whilst neither of you might be nearing retirement, Pensions are also considered, meaning that you could be relinquishing a claim to a more comfortable existence once you do stop working.
That said, if you have no children, both worked and earned roughly the same throughout, then the “Pot” might well be split 50/50.

How to go about the Divorce process?

At first appearances, the best way forward, whether a messy or amicable Divorce looks like a “quickie Divorce” using one of the many online forms available. Dealing with a hostile ex, whilst trying to minimise the impact on your children, this may appear attractive in the short-term, just so you can ‘move on’. Again, if you have no children and have contributed roughly equally, this might deal with 98% of your issues, with the added benefit of keeping legal fees to a minimum.
However, saving a few hundred pounds now could be very costly later in both scenarios. Having the Divorce dealt with by MG Legal, your Family Solicitor in Garstang, will provide something of a barrier to any hostility and also a wealth of advice and solid representation if the matter needs an assessment by the Family Court. Even if you have agreed, the Judge at Family Court can decline to approve a Divorce Settlement if they do not believe it fair and so, you could end up needing to re-start the process all over again.
As discussed above, there is often a misunderstanding about entitlements and particularly when children are involved, what you are entitled to is often different to what you believe you might be.
There is, in truth, rarely a better stress-reliver than a good Solicitor, fighting your corner. The Divorce might still be acrimonious and unpleasant; however, you will be spared the prospect of communicating with your ex face-to-face which often tempers some of the content of correspondence. You will also have the confidence of knowing that you have been fully briefed on what is most likely and that if you are declining a settlement, you are still likely to receive a better offer or Judgement later on.
Finally, we will ensure that when the matter is concluded, a fully binding “Clean Break Consent Order” is signed by both of you and filed with the Court, ending any future claims should your situation change. There are regularly stories of individuals who processed their own Divorce, won the lottery many years later and found themselves at the end of a fresh claim from their ex-spouse because there was no Clean Break Consent Order signed.

How to instruct MG Legal?

MG Legal, your Family Solicitor in Garstang offer fixed fee Divorce packages and for any matters that become contested, we will ensure that you are aware of our fees going forward and that you remain fully updated and involved in the process.
Simple contact MG Legal by phone, email, web-contact form online, here, or at any of our offices in Garstang, Lancaster or Longridge and one of our Family Team will speak to you, discuss your needs and look to get the ball rolling the same day.
MG Legal – Your Local Solicitors
Tagged as: Divorce, Family Solicitors Lancaster, Your Local Solicitors
Share this post: