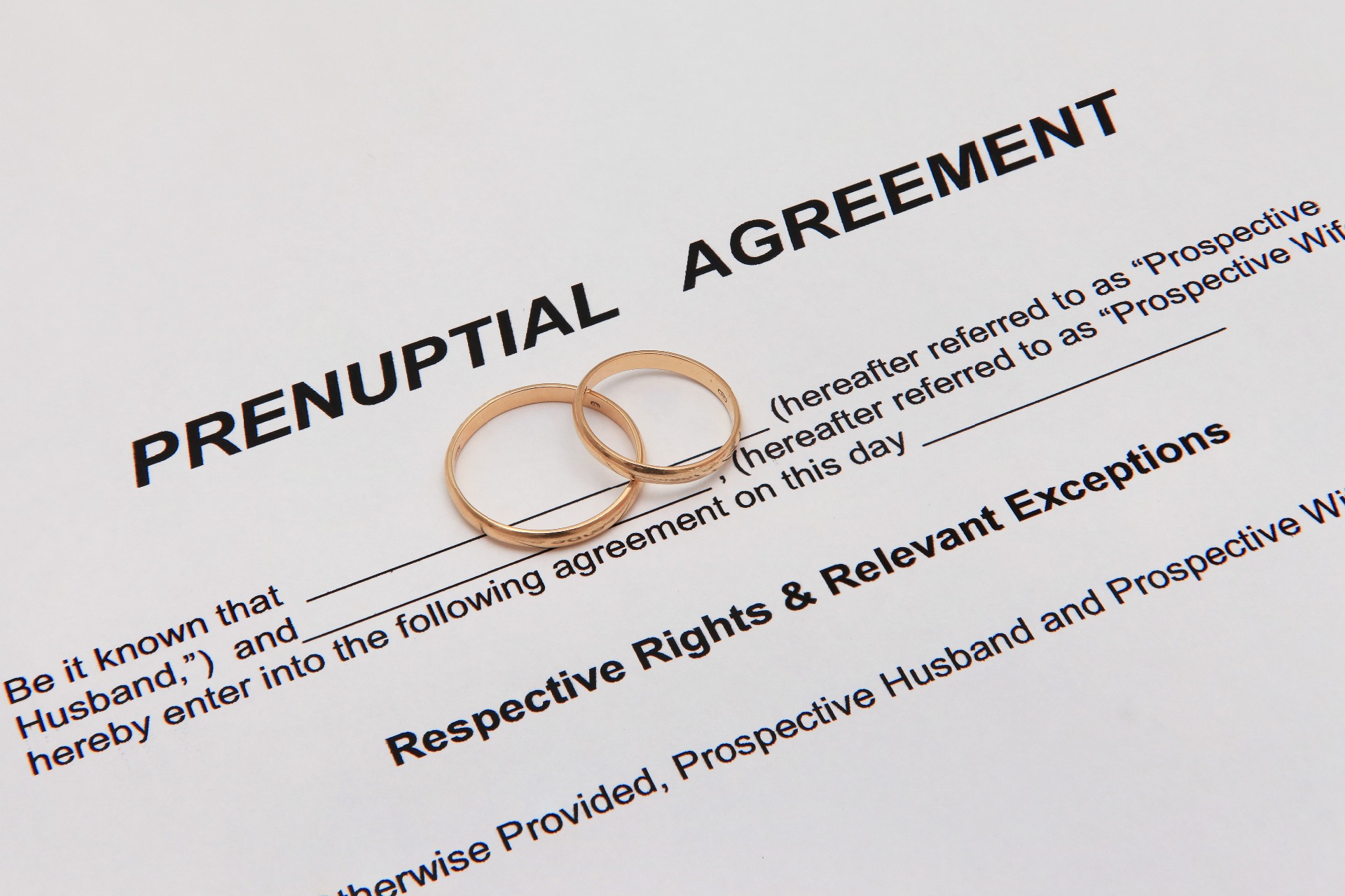 Posted on 12th July 2018
The Office for National Statistics has found a range of trends over the years in relation to time of the year that marriages take place, and on what day. For example, with over 800 weddings usually taking place on a regular Friday, the 11th November 2011 (11/11/11) was a Friday, and it saw the number of weddings almost doubling to 1,529! Another date which is not at all popular is Christmas day. With an average of only 5 couples per year tying the knot on 25th December (an average number taken from 1970 to 2013), it would appear to be one of the quietest days of the year to get married*.
Whether you choose to get married at the start of the year (a quieter time to choose, apparently!) or on a busier occasion such as Valentine's Day, it is always best to make sure that you are prepared legally for your marriage, such as considering a pre-nuptial (or pre-marital) agreement.
A pre-nuptial agreement, also referred to more colloquially as a pre-nup, is a written agreement entered into before marriage by the parties to the marriage (i.e. the Brides and/or Grooms) which outlines how they wish their assets to be divided should they separate and who should have ownership of specific assets including money, property, etc. Many people in an average, working-class family would not consider the need of entering into a pre-nuptial agreement. However, there is an importance of considering one if, for example, you have assets which are family assets, or if you have come from a wealthy background (i.e. you make a lot of money at work or have accrued a vast amount of wealth during your life).
Unfortunately, at this time, in the UK pre-nups are not 100% legally binding and can be overturned if they are considered to be unfair or if, for example, either party did not fully understand the implications of entering into the same. Although, when drafted correctly, such as by our expert Lancaster Family team, they are often afforded great consideration when reaching a financial settlement between two parties during the divorce process. It is important to note that the Courts have the discretion to waive any pre-nuptial agreements made (including any post-nuptial agreements entered into), for example if it could cause a disadvantage to any children of the marriage.
One notable case which could be argued to have played a large part in the reform of how the Courts view pre-nups, was the case of German heiress Katrin Radmacher and French investment banker Nicolas Granatino. Radmacher and Granatino entered into a pre-nuptial agreement to protect the heiress' £106 million fortune before they married in 1998 in the UK. Whilst the agreement was entered into in Germany and was subject to German law, the Court agreed that the pre-nup should be given weight when reaching a decision. The Court therefore did not provide Mr Granatino any financial reward for himself, only that which related to the parties' daughters care.
A few other reasons which would mean that you should consider entering into a pre-nup are as follows:-
There are children out of the marriage, so certain assets need to be protected for them (such as a property from a previous marriage, for example.
You wish to protect inheritance.
You wish to retain ownership of your business.
You wish to be protected against the other parties' debt.
You wish to specify how financial issues could be resolved if the marriage breaks down.
Whilst the list is not exhaustive (and you may have plenty of your own reasons!), if any of the above apply to you or your partner, it may be worth discussing your options before you decide to tie the knot. The general principle of the Courts (without taking into account any other circumstances or financial positions) is equality when dividing finances during a divorce. If this feels unfair to you, then contact us today for free advice from our Lancaster Family team on 01524 581 306 or email enquiries@mglegal.co.uk.
*Data taken from Office for National Statistics.
MG Legal - Your Local Solicitors
Tagged as: Family advice, Family Law Lancaster, Family Solicitors Lancaster, Pre-nups, Pre-Nuptial Agreements, Preston Law, Solicitors Lancaster, Solicitors Preston, Your Local Solicitors
Share this post: